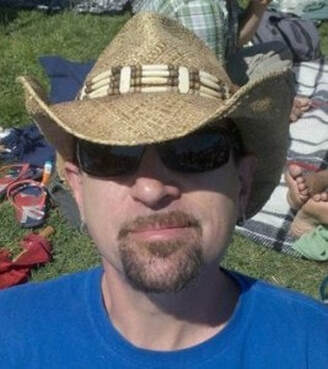 After graduating from high school in 1984 Bo eagerly enrolled in The Institute of Audio Research in Manhattan, NY. Shortly after graduating in 1987, he got his first audio job, working as both front of house sound engineer and lighting technician at Kenny’s Castaways in New York City.

One night, while working at Kenny’s, Bob Mahoney, (his name at that time) was ’blown-away’ by the virtuoso harmonica playing front man of an unknown band from Jersey. The band was Blues Traveler and meeting  them would change his life forever. He was hired shortly thereafter and set out on the road.

In 1989 Bo started working for Blues Traveler.  The first 8 years, Bo was John Popper’s personal equipment technician. After a near fatal car accident during the recording of “Save His Soul” in Bogalusa Louisiana, Popper’s subsequent limited mobility made it necessary to redesign his stage equipment; thus the “birth of the Mahon-a-phone” which is a one a kind microphone designed to control all of John’s gear. As the band grew in popularity, it became apparent that there could only be one Bob in the band and that was the bass player, Bob Sheehan.  At the start of one tour, Bob Mahoney received his laminate for tour and the B had been dropped off the end of his name, and he became forever known as “Bo”.
​In 98’, Bo was promoted to the front of house sound engineer. It was his dream job. He performed this coveted role, touring the country and traveling the world for 7 years. That next year, John Popper’s impending health issues forced the band to cancel the highly anticipated summer tour leaving Bo unemployed and with nothing to do. This was a hard blow but luck was on his side and Warren Haynes called with an exciting opportunity. Thus Bo joined Gov’t Mule for their summer tour as Warren Haynes and Allen Woody’s personal guitar tech. It was on the  first stop of the tour, in Rochester, NY, where Bo gave a setlist to a pretty girl standing in the front. After packing up, he returned to the hotel to celebrate with the band, only to find that same girl in the lobby. In an effort to look cool and impress her, Bo invited her onto the tour bus,  to his surprise she already knew the band.

After 15 years working side by side with Blues Traveler, Bo was sadly forced to leave the road due to his failing eyesight caused by Retinitis Pigmentosa- a degenerative eye condition which causes progressive peripheral vision loss and a night vision impairment. He and his wife Pamela have worked together ever since, on building up BISS List, a promotional music mailing list and weekly calendar for diehard Bay Area music fans – and a means through which they could both support their passion for live music.
Donate Now
How To Help
To donate online click the DONATE NOW button above.