From our Artistic Director, Dean McDowell 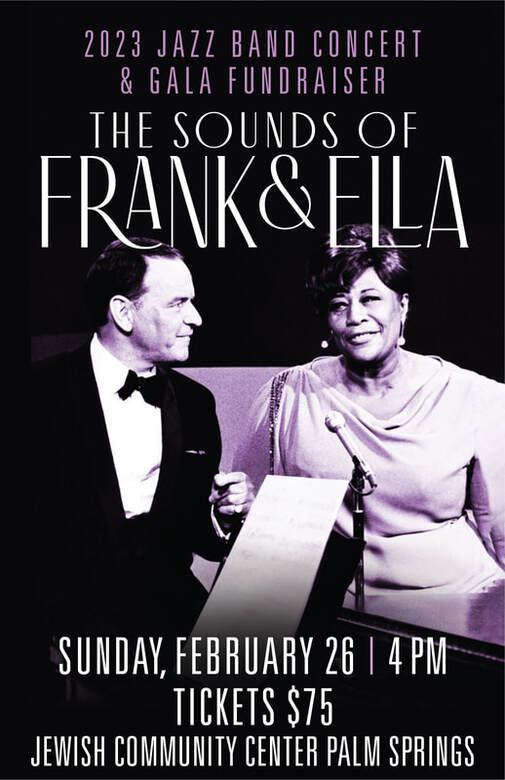 Our annual Jazz Band Concert and Fundraiser this year has a new theme and we are excited to have two new guest soloists with us.
Patrick Barnitt has been called "A more swingin' version of Jack Jones with a touch of Harry Connick Jr."  His big band record, Sway, can be heard on jazz radio all over the country.  He has appeared at the Mammoth Jazz Festival, the California Center for the Arts in San Diego, Vitello's, Herb Albert's Vibrato, and JazzVille at the Aqua Caliente Casino in Palm Spring with Ms. Diamond and the Paul McDonald Big Band.
Hope Diamond has collaborated with the Palm Springs Women of Jazz as co-producer for several events showcasing female jazz artists.  Her powerful and soulful voice can be heard on her recent Awaken CD, released  in 2021.  She loves shifting between jazz standards and the RnB classics.  In August 2022, Hope appeared at the Long Beach Jazz Fest where she was asked to perform with the creator and jazz drummer of the 32-year festival, Al Williams with his band.
Both Hope and Patrick often sing locally with the Paul McDonald big band as well as at Melvyn's Sunday afternoon jazz.
Musical Selections will include The Summer Wind, Here's to Life, Days of Wine and Roses, Fly Me To the Moon, I've Got You Under My Skin,  Girl From Ipanema, That's Life, Cry Me A River, Moonlight in Vermont, Summertime, Georgia On My Mind, It Don't Mean a Thing, and Night and Day. 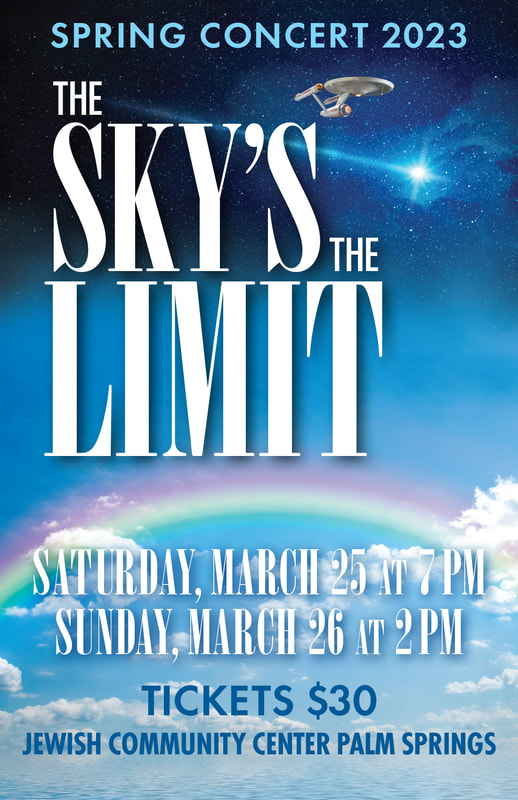 Our spring concert takes us on a thought provoking musical journey where "The Sky's the Limit"!  We all have dreams and goals that push us to succeed beyond what we often think possible. And often theses ideas come to us as we self reflect and gaze into the skies.

Featured will be two very exciting pieces by our guest composer Richard Saucedo, "Into the Clouds" and "Shooting Stars". There's also popular arrangements of "Moon  River",  music from "Star Trek" and "Somewhere Over the Rainbow".

The skies also been the limit lately in pushing the band to perform more and more difficult works. This year they're meeting that challenge with the exciting "Festive Overture" by Dimitri Shostakovich!

The jazz band will also perform with "Orange Colored Sky"  and "Blue Moon"  among others.

We are also proud to award our scholarships at the spring concert. Get your tickets now and support your local community band! 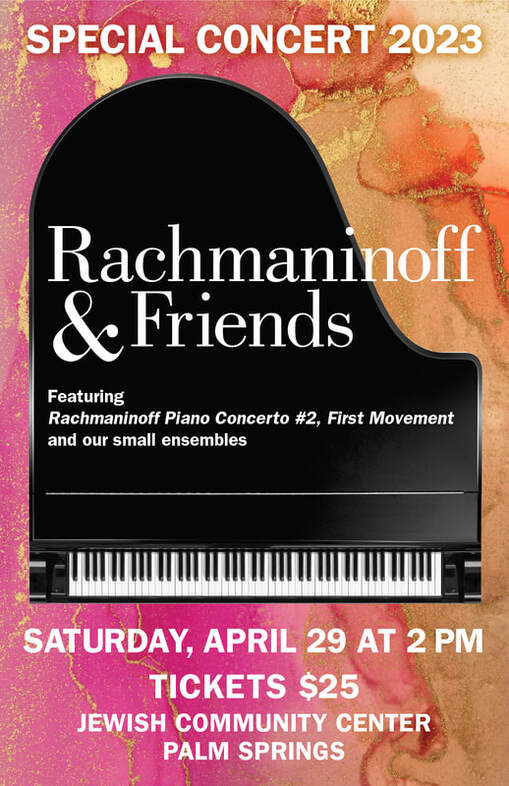 The Desert Winds will be presenting a special and unique matinee concert Saturday, April 29th, 2023 featuring outstanding soloists and ensembles from the band.
The Concert Band will accompany Dr. Randall Creighton on the popular and challenging Rachmaninoff Piano Concerto #2, first movement.  Dr. Creighton has an extensive musical career as a pianist in both Classical and Jazz genres.  Randall holds a Bachelor of Music from Temple University, a Masters in Piano Performance from San Francisco State University and a Doctor of Musical Arts with a Piano Performance major and Jazz Studies minor from the University of Arizona, Tucson, Arizona.
Flautist Sherri Marmon will perform the brilliant and technically demanding French composer Cecile Chaminade's Concertino for Flute, Opus 107.  Sherri has been playing flute for 30 years.  She studied flute performance at Ithaca College, then moved to New York City where she played with the Brooklyn Wind Symphony and New York Symphonic Arts Ensemble.  She moved to Palm Desert at the end of 2021 and joined the Desert Winds Freedom Band for its 20th season.
Also included will be:
The Swan from the Carnival of the Animals by Camille Saint-Saens will be performed by Michael Adams on bass clarinet and Chip Prince on pinano.  A clarinet choir performing Carl Bohm's Quartet in F, a brass choir and a few other solos and ensembles.

See our featured soloists for the Concerto and Sonata Concert below