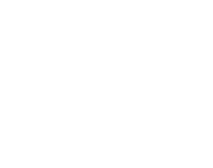 The Red Cedar Rowing Foundation was established by alumni of the Michigan State University Crew Club in 2015 with the stated purpose of supporting the Club both financially and through long term planning. Donations made to the "RCRF" are directed to the Club and the benefit of its members both current, and future.

Please join us for #GivingTuesday to raise $16,000 and support MSU Crew.
www.flipcause.com/secure/cause_pdetails/MTAwMjEw

For other projects supported by the Red Cedar Rowing foundation
Click here
​​Thank you for your generosity and continued support of the MSU Crew Club.

​ Donations to RCRF are tax deductible and go towards long term infrastructure upgrades such as equipment purchases like oars and launch engines, as well as boathouse maintenance or trailer refurbishment.  If you would like to donate to a specific project, let us know and we will earmark your contributions.

Thinking of buying something on Amazon? Rather than going to amazon.com, please consider going to smile.amazon.com. Any purchase made through the Amazon Smile rewards program is met with a 0.05% donation of your total purchase made to the 501c(3) organization of your choice. All you need to do is designate the Red Cedar Rowing Foundation as your supporting charity and Amazon will donate on your behalf. Every dollar counts!
Support Us